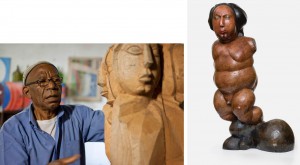 Maurino Araujo, an important sculptor from Minas Gerais, died on 7/29, had leukemia. He misses and a vast work with its striking feature. Our tribute to Mestre Maurino.