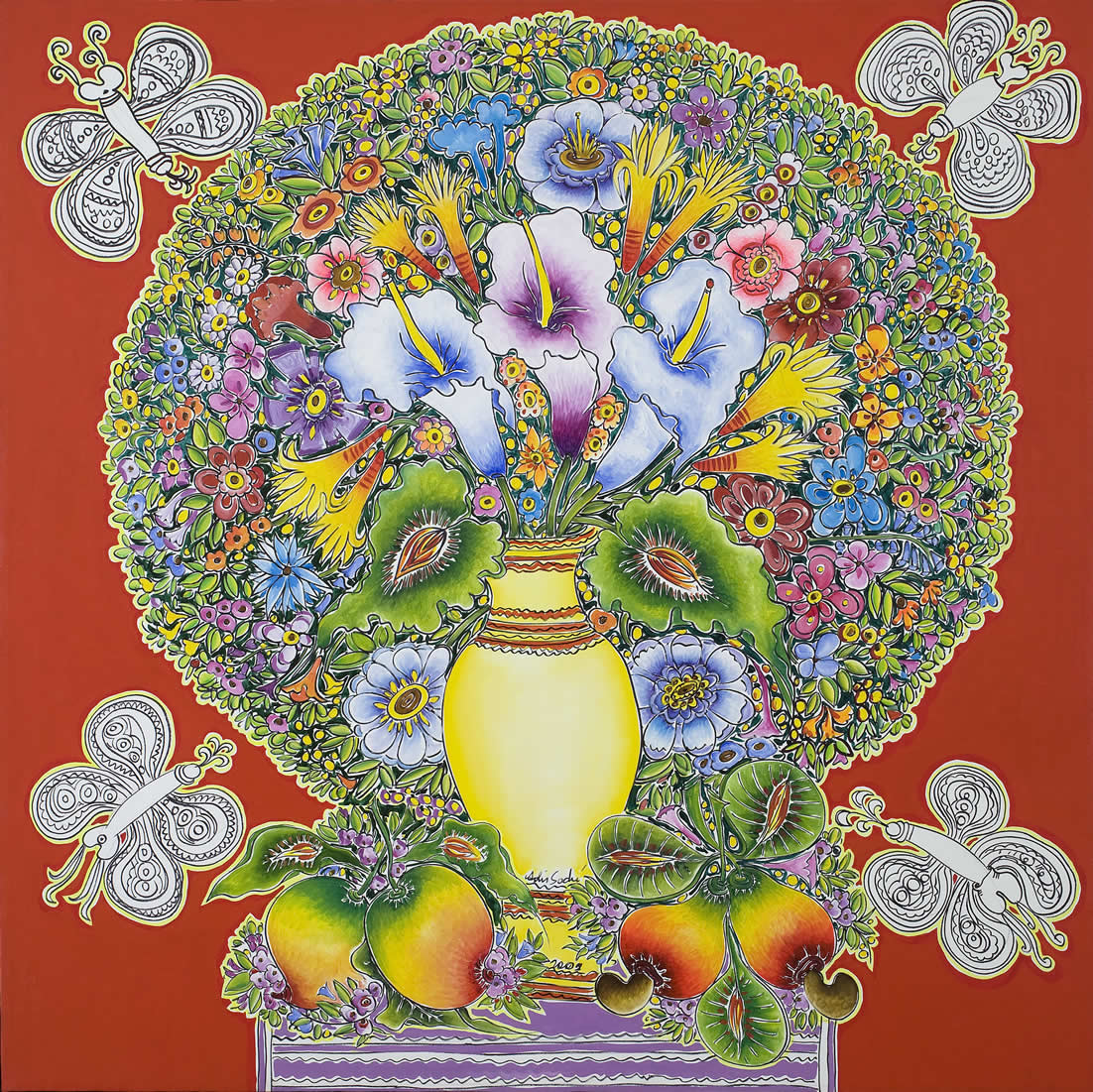 Adir Sodré de Souza (Rondonópolis, Mato Grosso, 1962) attended classes at the free studio of the Cultural Foundation at UFMT, oriented by Humberto Spíndola and Dalva Maria de Barros, in 1977. In the eighties, he shaped his work following a regionalist agenda, with a specific concern for the Indian issue and the invasion behind the tourist and consumer industry. The following decade he displayed admiration for Henri Matisse (1869-1954), using pure colors and decorative elements in works permeated with an ever-present eroticism, as in Phalluses and Flowers (1986) or Fruit Orgy (1987). He also produced portraits of well-know personalities with a lot of humor. This artist entertains constant dialogue with different aspects of art history, referring to Vincent van Gogh (1853-1890) or Diego Velázquez (1599-1660), among others, also approaching the universe of comics, as in Luncheon on the Grass VII (1988). Among the shows he has participated in, the following stand out: People of the Landa – Hommage to Maria Auxiliadora da Silva, in Paço das Artes, São Paulo, 1980; Scenario of Current Brazilian Art, at MAM / SP, São Paulo, 1983; How are You, 1980’s Generation?, at EAV/Parque Lage, Rio de Janeiro, 1984; Modernity, Brazilian Art of the 20th Century, at the Paris Museum of Modern Art and also at the São Paulo Museum of Modern Art, São Paulo, 1987; Brazil: Image of the Eighties and Nineties at the Rio de Janeiro Museum of Modern Art, Rio de Janeiro, 1993. Event at Itaú Cultural: BR/80 Brazilian Painting in the Eighties, São Paulo, 1991.