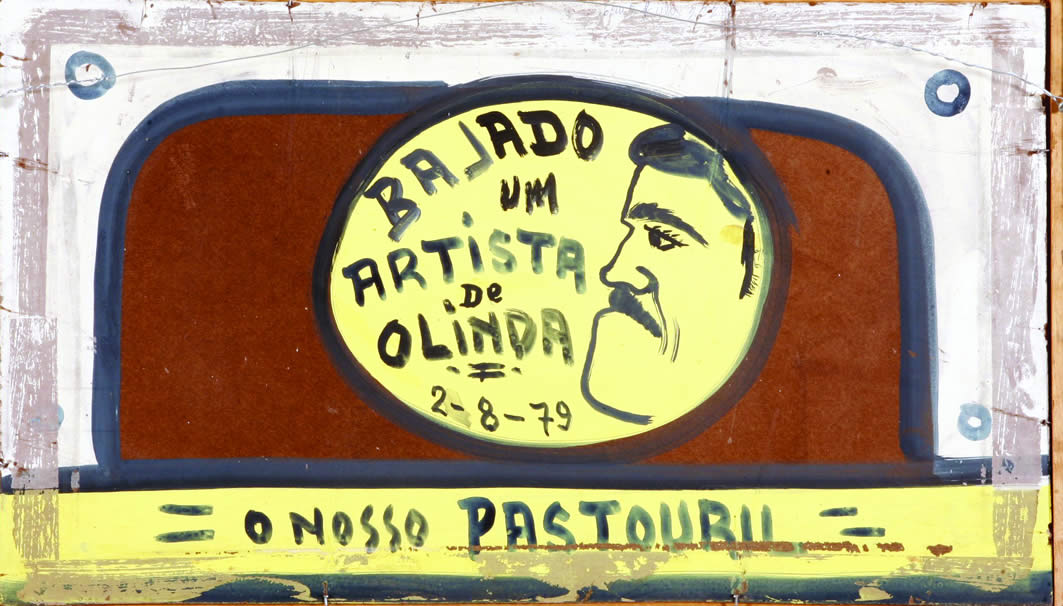 Euclides Francisco Amâncio, better known as Bajado, was born in 1912 in Marial, Pernambuco, and died in Olinda in 1996, where he had been living ever since his adolescence. He started by making movie posters and caricatures. 1956 was the onset of his professional artistic activities, painting panels and murals for commercial centers and for the decoration of the Olinda Carnaval. He presented numerous individual shows and participated in more than one hundred collective exhibits. He took part in the “Ribeira Movement”, in 1964, starting then to focus on sacred art and folklore themes. In 1968 he held a show in Europe. In Brazil, he presented works in Cabo Frio, Rio de Janeiro (1978) and in the Museum of Contemporary Art, Pernambuco (1980), for the celebration of the 50th anniversary of his craft in the city of Olinda. His works are to be seen in public and private exhibitions both in Brazil and abroad.